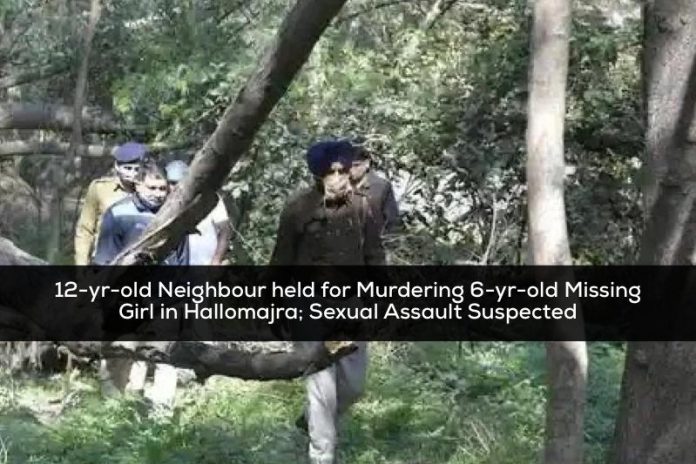 A ‘no-innocent’ real story of heinousness shook the City Beautiful, Chandigarh on Saturday morning. A six-year-old girl, who had been missing since Friday evening was found dead in the forest area adjoining Hallomajra in Chandigarh. Police have apprehended a 12-year-old neighbour, who is suspected to have sexually assaulted her before bludgeoning her to death.

The girl, student of nursery class, lived with his family in Hallomajra. She left the house to play with other children in the neighbourhood on Friday afternoon. She was supposed to go for a tuition from there at 5pm. The girl’s mother was at home with her two younger children. When she came to know that the girl had not reached the tuition, she went out to look for her. The girl’s friends told her that she had not even turned up to play. The woman then called her husband, and the two started searching for the child.

Police were informed at 8:30pm, and a case of suspected kidnapping was registered at night. Police searched the area, including parts of the forest, till about 3am, but could not trace the child. The half-naked body was spotted at around 8 am when the search resumed.

The stone used to kill her was also recovered from near the crime scene. The postmortem report is awaited.

The boy has been booked under Sections 302 (murder) and 363 (kidnapping) of the Indian Penal Code.

A senior official investigating the case said being scared that the girl might tell her parents that he took her to the forest area, the boy murdered the girl with the stone.