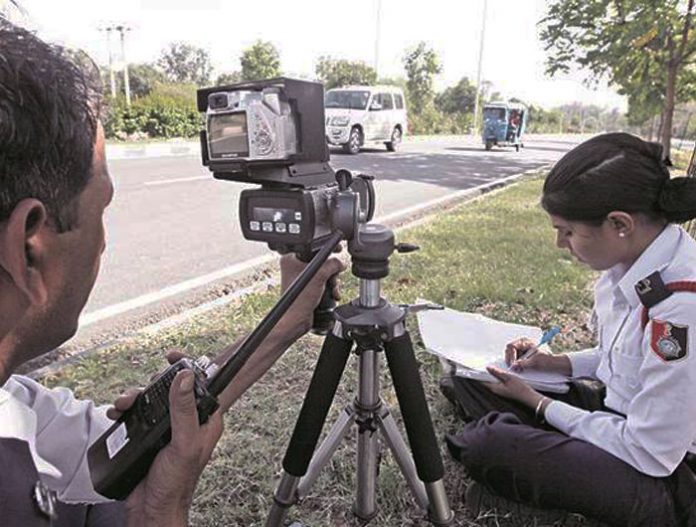 On Saturday, the UT Traffic cops had a busy day as they were on a ‘challan’ spree. 118 people are set to lose their driving licence for three months. All 118 violators were challaned during a special drive in Chandigarh. The licences have been sent to Registering and Licencing Authority (RLA) with suspension recommendations.

These suspensions are in compliance with recommendations of the Supreme Court road safety committee.

Overall, the UT traffic police have issued 4,503 challans for speeding in 2017.

To check traffic violations in the city, traffic cops had organised a special drive in various parts of Chandigarh. 118 drivers for fined for speeding violations and 142 persons for wrong parking.

What Violations Could Get You a Challan?

Violators would either lose their licence for a specified period or be imprisoned if required.

Cases of drunk driving have also increased manifold, so mobile nakas had also been set up to keep such cases under check.

Radar Speed Guns to be Installed

To check over-speeding, UT traffic police are installing radar speed guns which have been equipped with night-vision cameras. Cameras are being tested; they have been temporarily installed on Madhya Marg. They work in all climatic conditions – even when the visibility is poor.

Image of the violator will be captured by the speed guns, and will be sent to the concerned official. Then it will be further sent to the registered address. However, if somebody is found violating the suspension, then another challan will be issued and the court will further decide what action needs to be taken further.

Along with the cameras, a screen displaying the speed of vehicles, was also set up near the Railway light point.

So Chandigarh, be careful while driving. Who knows, when you might be awarded a challan?

Also Read: Your Whatsapp ‘Naka Report’ To Become Useless. Thanks to Mobile Nakas