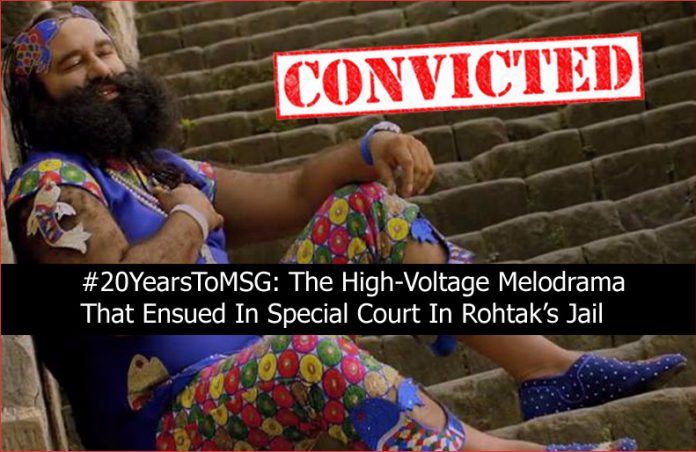 Gurmeet Ram Rahim has been sentenced 20 years of imprisonment in the special court set within the premises of district jail in Rohtak’s Sunaria. The CBI court judge specially flew to Rohtak to cut the possibility of Friday’s mayhem in Rohtak.

The court proceeding began at 2.30 pm today and the special CBI judge Jagdeep Singh allotted 10 minutes each to both sides to put forth their arguments. The prosecution demanded maximum imprisonment for his crime while defence pleaded leniency considering his humanitarian works.

But, court had its judgment ready and pronounced 20 years of imprisonment to Dera Sacha Sauda chief. The court also fined him Rs 30 lakhs. Of the Rs 30 lakh, Rs 14 lakh each would go to the two victims.

What followed was a series of melo-dramatic tantrums thrown by ‘guru in bling’:

He refused to budge from his seat, held it tight, howling, sat on the floor outside court and refused to get up.

Security personnel warned that he would be taken to the jail forcibly if he did not cooperate.

After repeated warnings, the cops had no option but to drag him inside the court.

He even demanded medical attention when the cops started to take him away. He asked for his blood pressure to be checked.

6. “State will be responsible if anything happens to me”:

“I need urgent medical help and the state will be responsible if anything happens to me,” he said.

After his demands, the Chief Medical Officer conducted another round of checks on the Dera chief.

She said there was no need for leniency on medical grounds.
9. Move your Butt now:
Ram Rahim was forcibly taken inside the prison premises.

The court also held that he shall be treated as any other ordinary prisoner and shall not be entitled to any special treatment.

Don’t Miss: The WHY of Rise of Self-styled Godmen in India 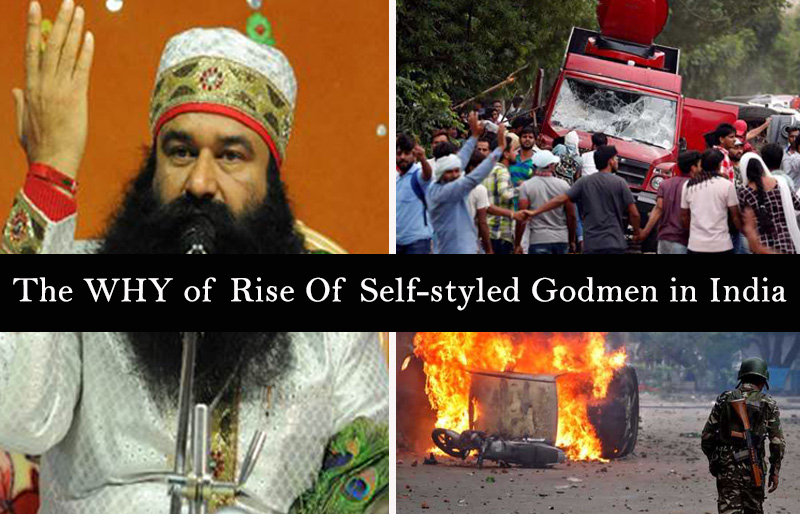