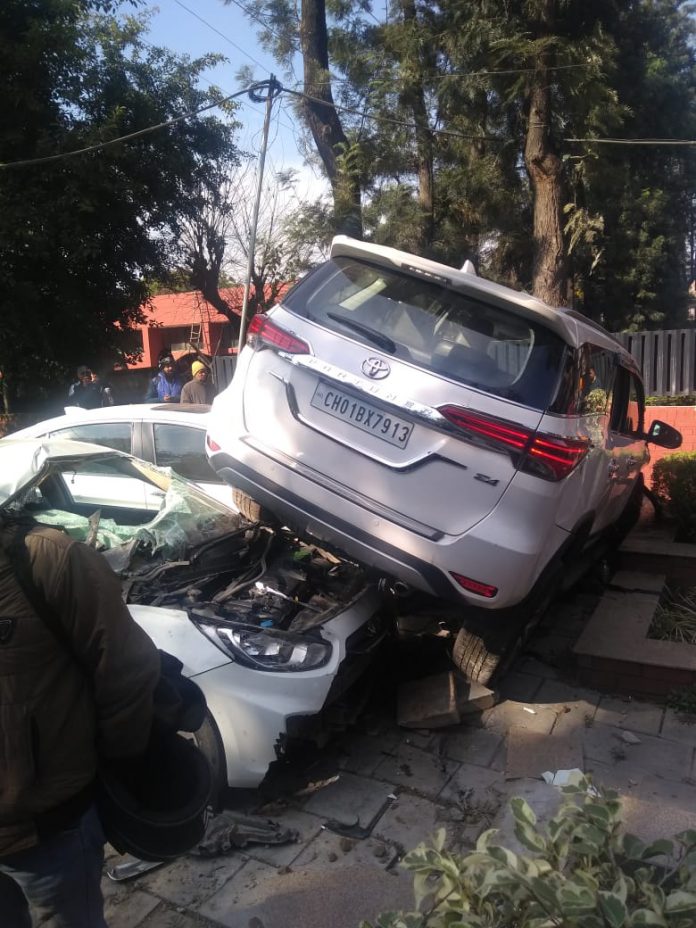 A freaking accident happened in Chandigarh which was no less than a scene from Rohit Shetty’s movie, known for cars flying in air.
Something similar happened in Sector 37 on Saturday where a speeding Fortuner flung in the air when it was crossing a speed breaker and it landed on two cars parked across the street.

According to police, the Fortuner driver, Rajinder Singh, a resident of Mohali, suffered seizures while driving and lost balance of the car.

His medical examination ruled out drunken driving, the police maintained.

A DDR was registered at the Sector 39 police station.